Clip about the "Voice of the Holocaust" on ABC News:
http://www.mysuncoast.com/entertainment/news/featured/abc-preview-voices-of-the-holocaust/article_01c1489e-cf1f-11e3-b75b-001a4bcf6878.html

On April 28, 2014 (the 2014 International Day of Holocaust Remembrance) at 7:30pm, Gloria Musicae will present the Florida premiere performance of Voices of the Holocaust, a dramatic 80-minute cantata based on 22 songs sung in ghettoes and concentration camps during World War II, composed by Philadelphia-born Curtis Institute of Music graduate Sheridan Seyfried.   Gloria Musicae will be the lead partner in collaboration with the Sarasota Young Voices, Sarasota Jewish Chorale, Booker High School Music Programs, and the Sarasota-Manatee Dance Alliance (SMDA.) Elizabeth Weil Bergmann is the choreographer with 20 local dancers. TICKETS ARE ON SALE AT THE VAN WEZEL NOW!!! $25 - $70.

Choreographer and dance educator Elizabeth Weil Bergmann, along with 15 other former dancers and dance instructors of the José Limón Dance Technique were invited to participate in the Limón Teachers Conference in August 2012 at Jacob’s Pillow Dance Festival in the Massachusetts Berkshire Mountains.  All 16 participants in the Conference had worked under Limón’s guidance when he was alive.  Four years in planning, this summer, they were brought together to capture on camera all of the movement material that was originally used by Limón.  The project was born out of the idea that his immense body of work should be filmed and catalogued before it is lost to posterity.  Limón died in 1972, but his dance company has survived for 40 years since his death. Jacobs’ Pillow provided the Limón Teachers Conference with videographers and space at the Doris Duke Theater.  Five college-age  dancers from the Hartt School at the University of Hartford were taught various exercises by the 16 participants, which were then filmed for future use.  Copies of the video will be placed in the New York Public Library for the Performing Arts, The Juilliard School, Jacob’s Pillow, and the Hartt School as well as in the Limón  School at Peridance in New York.

Bergmann was also selected to participate in a “think tank” to discuss and project the future of dance at the conference  “Dance in Higher Education in 2050” held in May 2012 at Temple University in Philadelphia. 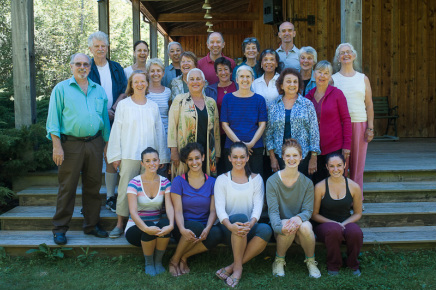 Elizabeth Bergmann in the News 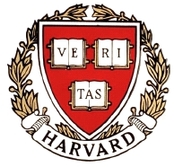 Cut and past this link: http://www.thecrimson.com/article/2011/2/8/ibieta-dance-bergmann-cover/

Elizabeth Bergmann, the recently retired Dance Director at Harvard University, has joined the advisory committee of the Carreño Dance Festival, as well as the faculty for the festival’s summer intensive workshop at the Sarasota Opera House. “We are delighted to welcome Ms. Bergmann,” said Robert de Warren, president and CEO of the festival, in a prepared statement. “She brings an important set of skills to bear on the work of the festival.”

Bergmann, a longtime choreographer, teacher, performer and administrator, retired from Harvard, where she was credited with having increased respect for the study and practice of dance and performance opportunities for dance students,  on Feb. 1 of this year. A part-time resident of Sarasota for many years, she now plans to reside here permanently. Bergmann said she had heard about the formation of the Carreño festival while still at Harvard and had hoped she could become involved with the project upon her retirement. “I had read about the Carreno Festival and was excited by this new effort in Sarasota,” Bergmann said. “After training so many students at the college level who had had many years of ballet training but little knowledge of the field of dance or their possible opportunities beyond being in a ballet company, I feel a commitment to encourage ballet studios and intensive ballet programs to open more vistas to this generation, preparing them for dance in the 21st century. ”

Bergmann will join the group of master teachers for the summer intensive, which takes place this August and is led by American Ballet Theatre principal dancer (and the festival’s namesake) José Manuel Carreño. “I will be concentrating on modern dance during the summer intensive,” said Bergmann, a graduate of Julliard who danced and taught with José Limón.  ”I find that ballet trained dancers are very responsive to Graham technique and that it helps create a more well-rounded and expressive dancer.” Bergmann was on the faculty at Florida International University following eight years at Shenandoah University and also developed the Dance Department at the University of Michigan. She has won awards and grants from the National Endowment for the Arts, the University of Michigan’s Alumni Association, the California Arts Council and the Virginia Commission for the Arts and was a Fulbright Scholar to Trindad, West Indies in 1995.